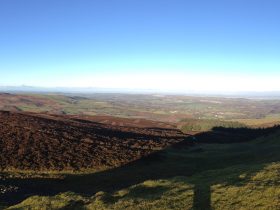 If you are a geocacher looking for a relatively short and easy stroll, why not give this series a go? I would recommend downloading the caches to an offline list before you set off, as mobile signal when you get there is weak at best.

Rossett Rambles – Trevalyn Trail (RRTT) is a 12-cache circular walk of approximately 2 miles. It follows the footpaths, roads and bridleways bordering Trevalyn Hall and Trevalyn Manor. This is another series put out by Ant89, who currently owns 352 active geocaches. Ant is well respected in the geocaching community, most notably for his LCT (Llangollen Canal Trail) series.

This new route was published on 16th December 2015, so at the time of writing the caches are in excellent condition, with crisp dry logs.

We found 9 of the 12 caches, although technically speaking; only one of the three we missed was a DNF (Did Not Find).

We parked the car roughly opposite the first hide, in a small layby adjacent to an electricity sub-station, where there is room for at least two cars.

Number one in the series was a quick easy find; a plastic screw top container concealed within a black sock for camouflage. All of the containers that we found were concealed in this way, making them easier to locate, but a bit soggy on the outside!

The walk continues along the country lane and into some fields, which we found to be pretty muddy. Fortunately we were well prepared with wellies! We soon found ourselves back on a lane, where we recorded our only real DNF. One of the cache locations is overlooked somewhat by a property and we didn’t feel comfortable conducting a thorough search.

We followed the footpaths and bridleways, picking up the caches along the way until we got to number 10. I have to confess, I made a bit of an error here. Referring back to my list, I started navigating back to RRTT1 instead of RRTT11! This meant that we missed out on the 11th and 12th in the series. This was a shame, as judging by the recent logs, the 12th cache is a good one.

We followed footpaths to the end of the walk, although we couldn’t find a stile out of the final field. This meant that we had to climb over the fence to get back to the main road!

Arriving back at the car, we agreed it had been a pleasant walk and promised ourselves that we would return someday to finish this one off properly!

If you have a geocaching story to tell, you can submit it to alex@extremenorthwales.com 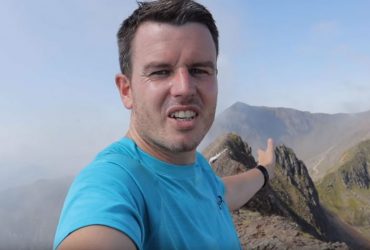 Crib Goch is an epic experience. One not to be ...

Geocaching in Cwmorthin Quarry I don’t usually go out of ...

Excitement is building across North Wales, as thousands of geocachers ...