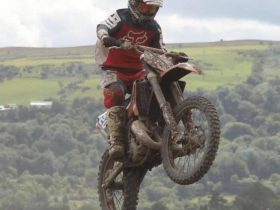 One of the little told stories of  green laners is their community spirit, especially when it comes to the protection of our ancient network of unsurfaced roads.. There is a small and destructive minority of people that are able to disproportionately affect public opinion and it is a constant battle that is proving very difficult to overcome.

North Wales remains the green lane Mecca and in this rural and sometimes desolate landscape, policing the mindless minority can be very difficult indeed.

In North Wales, there is an ancient and iconic lane known as the Wayfarer. This long and enjoyable route is a must for any keen traveller, be it by foot, horse, mountain bike, motorcycle or 4×4.

A 10km stretch between Llandrillo in the west and Pentre in the east is a perfect example of a Welsh landscape – both wild and remote, but not threatening. The route is named after the memorial (passed en-route) to the 80 year old ‘Wayfarer’ who died on the lane in 1956 while out walking and exploring the area.

The area around the memorial is also a Site of Special Scientific Interest (SSSI) and therefore environmentally sensitive. This is off the track and not part of the legally driveable road. It is a great shame that damage is being caused by vandals driving off the road and onto the surrounding terrain.

I simply cannot understand why anyone would wish to leave what is an already enjoyable road with a view to damaging the surrounding landscape.

Steve Hansford, Green Lane Ambassador for GlassReloaded, described the damage: “I simply cannot understand why anyone would wish to leave what is an already enjoyable road with a view to damaging the surrounding landscape. There is a two foot deep trough that has been created simply by vehicles driving back and forth over the same stretch of churned up earth and mud. It is nothing short of mindless vandalism.”

Organised by Darren Henson, the Green Lane Association’s representative for North Wales, a team of approximately 30 volunteers met on the snow covered Wayfarer to carry out the task. The call to action was attended by volunteers from far and wide, including Birmingham, Liverpool, Burton-on-Trent and the Peak District, as well as a good contingent of local support.

The objective was to move large rocks/boulders into position along the track to prevent vehicular access to the damaged area in the hope that the vandals would lose interest.

The volunteers split into two working parties, one group identifying and loading boulders onto a tractor to be transported to site, while the second group dug holes and positioned the boulders along the section of damaged track. The work was tough and, with recent snowfall, the conditions were far from ideal, but that did not deter the laners from completing their task to protect the vulnerable land around the Wayfarer from further damage.

Steve Hansford explained: “The work finished around 4pm and the team decided to leave the lane as further snow began to fall. I’m sure everybody left feeling tired but satisfied that they had done all they could to prevent further damage to the SSSI. It’s a great feeling to be able to help protect these ancient roads by working with groups such as GlassReloaded and the Green Lane Association.”

Unfortunately, the positive feelings were short lived when the following day brought news that vandals had already managed to remove one of the boulders and drive the damaged area again. No doubt the green lane community will rally once again to provide protection for this special and unique area.

https://naturalresources.wales
Contributed by Simon Coupland
Keep up to date with GlassReloaded via their facebook page. 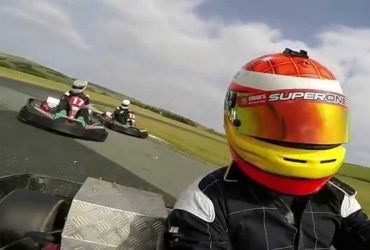 North Wales is famous for its glorious natural wonders and ...

(above youtube video all taken on private land) North Wales ...