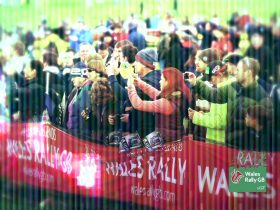 Over the past couple of years drones have become massive business, whether as a toy, a new element to your photography and videography or as more and more people are finding out, as a sport.

Drone racing is growing hugely as a sport not just here in North Wales but worldwide.
Traditionally to get into FPV flying, remote control planes have been used but the boom in drone sales over recent years has seen the more agile, controllable and popular drones take over as the craft of choice.

Drone racers don FPV (first person view) goggles so that they get the view direct from the camera mounted on the front of their drone and the immersive experience sits them in the cockpit much like a fighter pilot for the flight, with the benefit of not getting injured in the event of a crash!

Not only is it becoming a fast paced, Adrenalin sport we’re also loving some of the footage being captured especially from our North Wales region.

As the sport rapidly grows in popularity, there are leagues and meets taking place where pilots can pit their wits against each other in fast paced races around arenas, land marks and courses designed to challenge the controllers to the max.

The beauty of these races is that they are truly multi dimensional. A usual race sees participants run or race around a course against each other but drone racing sees them go up, down, left, right, backwards and forwards with other skills for flips and stunts thrown in for good measure.

Some of these drones have been clocked at speeds of over 100kph, and we read on one popular drone site that bringing a professional race drone to a race against a standard drone would be like bringing the Millennium Falcon to a Paper aeroplane race. (Actually they said a soapbox derby but that’s way too American for us North Wales boys!)

We’d love to see more from any of you who are flying drones in North Wales and capturing footage so please drop us an email at info@extremenorthwales.com if you take part.