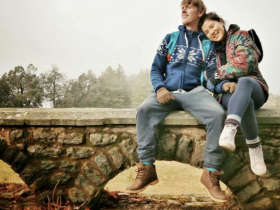 The Snowdonia region has long been hailed as a fantastic setting for some thrilling outdoor sports.

The walks, the climbs and the rivers have often been a calling to sports lovers from across the world, not just North Wales.

One sport many people perhaps don’t associate with Snowdonia’s inland, mountainous terrain though is Surfing! Well that is all about to change. Snowdonia, in fact is about to become the man made surfing capital of the world!

Surf Snowdonia is already well under construction. At the disused aluminium works in Dolgarrog, the £12 million project is aiming for a launch date of Saturday August 1st 2015.

Pretty impressive stuff as it’s only a mere 13 months since developers “broke the ground” on the project.

For those of you who have not yet heard of this incredible development it is a 300 metre inland surfing lagoon, the WORLDS FIRST Wavegarden® facility that will deliver the longest man-made surfable waves on the planet.

2 metre high waves will peel for a huge 150 metres, with the water moving at 6 metres per second the breathtaking ride will take you just 20 seconds. These waves will roll at the push of a button every minute.

Up to 52 surfers at a time will be able to ride the waves and people of various ability will be able to use the pool as it’s incredible technology can simultaneously produce 2 meter, 1.2 meter and 70 cm waves.

We’ve heard some people question the environmental impact of the build in such a pristine area of North Wales.

Surf Snowdonia though have certainly put to rest any concerns we may have had.
The project seems to have been superbly managed with not just delivery timescales in mind but with recycling a key priority.

25 thousand cubic meters of materials from the orginal site have been re used as part of the parks construction. 400 tons of other materials including copper, iron and steel have also been recycled. The water used to fill the lagoon will be rainwater from nearby reservoirs and it will be cleaned using UV disinfection and filtration which will establish a self-sustainable, chlorine free water supply.

Of course there are other factors you have to consider when thinking about the environmental impacts, the number of people and vehicles that will flow into the area etc and we look forward to hearing more about how this will be managed but it has to be said from the build side of things that the project is being as sympathetic to the area as possible.

This could be the most exciting outdoor sporting development going on in the world today and we’re delighted it’s in our backyard of North Wales.