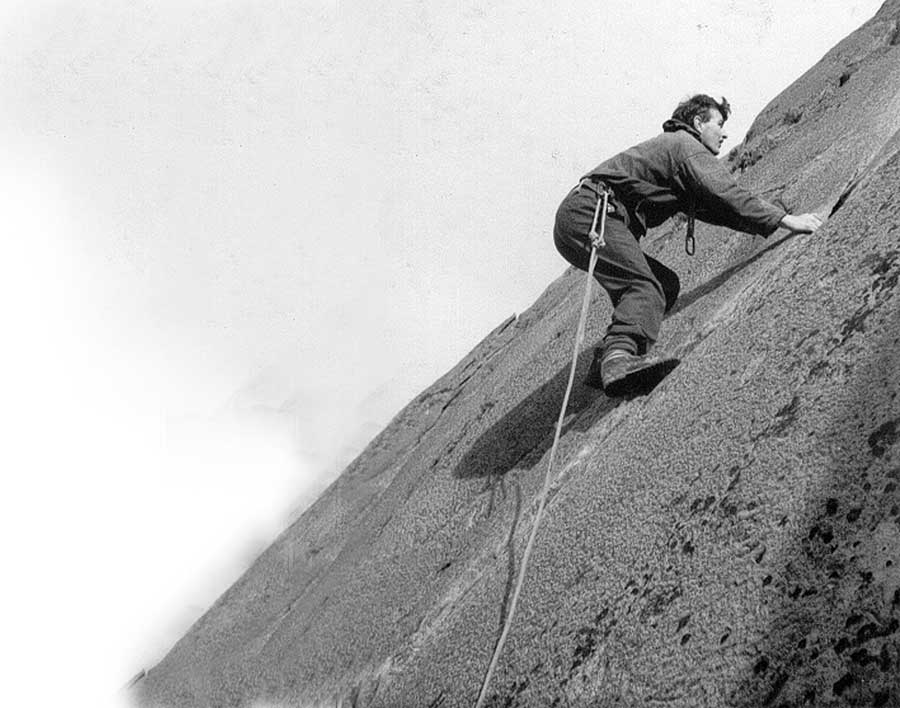 Rock Climbing has been a big thing in Wales for a very long time.
Although the kit has changed dramatically over the years, the passion of the individuals remains as strong and passionate as it has ever been.

The steel Carabiner climbing clip that many take for granted these day was not invented until 1910 so these early climbers would often set off in their warmest flat cap, trousers tucked into socks and a thick coil of rope being their only piece of equipment.

It was that same year, 1910, that the rappelling technique was developed and suddenly rock faces that had seemed impossible before, became targets for the climbers of the day.

Wales was at the forefront of places that became a hotbed for the new sport of climbing, a sport that was open to men and women which was also a rarity for the time.

A notable climber of the time was John Menlove Edwards.
Although he was born in Southport, Lancs.,he believed the Edwards family came from Wales though he did not know when, he saw himself as Welsh and had a love for Wales and all it had to offer.

In 1930 he and his brother, Hewlett , founded a Rock Climbing Club at Liverpool University, where John was studying medecine.
He soon became one of the leading figures during the second golden age of climbing in Snowdonia . He was the pioneer of the ‘three crags’ of Llanberis Pass and was the author of the Climbing Club handbooks on Cwm Idwal ( 1936 ); Tryfan ( 1937 ) and Lliwedd ( 1939 ) in collaboration with Wilfrid Noyce ; and Clogwyn du’r Arddu ( 1942 ) with J.E.Q. Barford.

He enjoyed the challenge of ‘poor conditions, poor rock and poor boots’ on wet climbs such as those on Clogwyn y Geifr.
He was known as an exceptionally strong man, his love of the outdoors and his passion for Wales, even above the Alps, made him a pioneer of Welsh climbs.

Men like he became the inspiration for many a climber of the time.
A time when the world was still an undiscovered and unconquered wonderland.

From Novice to International Sailors! Episode 6 – The Irish Sea...